What is two color logic?

In certain charts, the data labels can sometimes be hard to read. For instance, if a dark label is placed on a dark background or vice versa. The first chart in the image further down is a typical example of this: a black data label that is hard to read because it is on a dark green background.

To solve this issue, Dapresy has ‘two-color-logic’ data label setting for stacked column and bar charts, and for pie & donut charts. This is an automated logic while setting up the chart you can define a light and a dark data label, the system will evaluate your options and determine which one to show based on the background color. 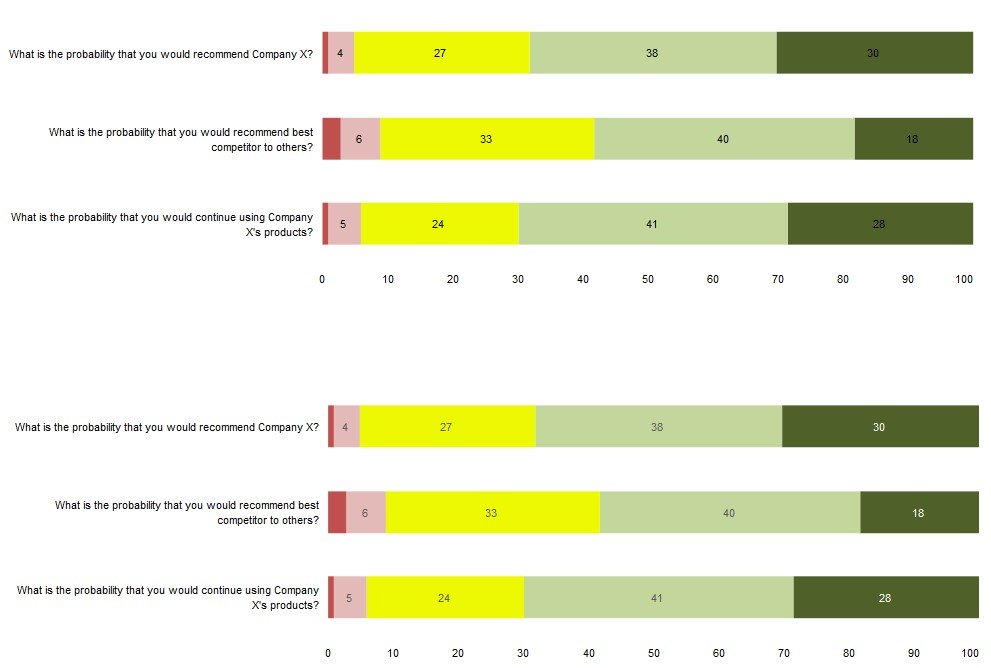 To use the two-color-logic, simply activate the option highlighted in the image below. Then define the color of the data label that will be shown on a light background, and the label color that will be shown on a dark background. The image below shows the new two-color-logic setting which can be used in stacked column and bar charts, and in pie & donut charts. 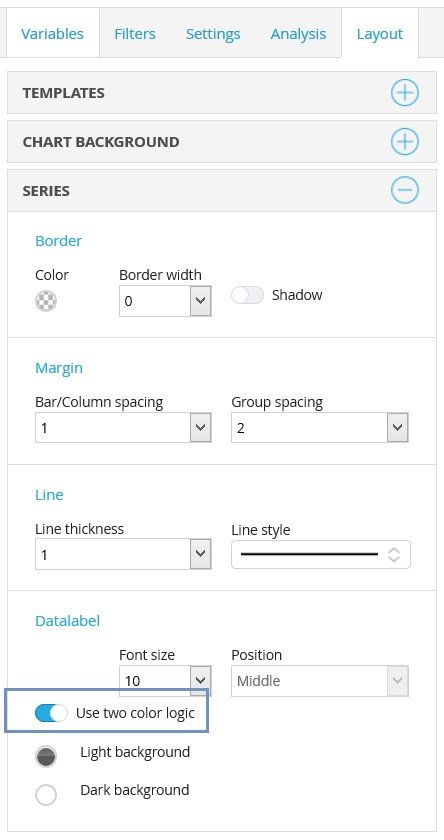