How to add percentiles to the chart? StoryTeller

A feature for showing Percentiles based on aggregated results is available in StoryTeller charts. It can be used in customer satisfaction survey for showing the ranges of the all the units in a survey for getting relevant benchmark figures as shown in the example chart below. 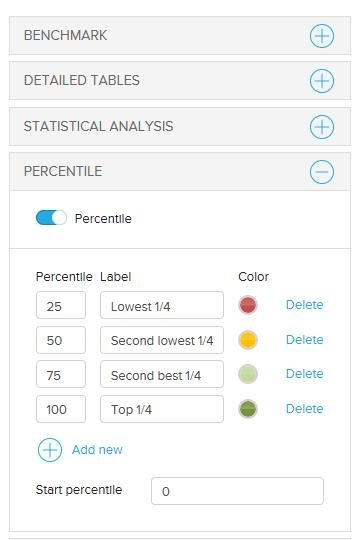 As shown in the setup image above the Administrator defines a “Start percentile”. The “Start percentile” is only defined if the selected chart type is an Area, Bar or Column as those types shows ranges of values (Line and Spline types do not visualize result in ranges so the definition of a start percentile is not enabled when those types are selected). To create a chart like the one in the example above the two series have been used: 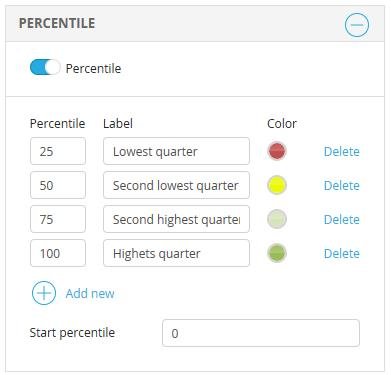 The image below shows how series 1 looks like when the percentile calculation is applied, the result per unit has been replaced with the four percentiles.

The formula shown below is used for calculating the percentile value, it is the same formula as being used in the Cross table tool and also in the Excel software

First we calculate the rank of the 40th percentile:

. So, the value of the 40th percentile is