How to add a benchmark in my chart?

Benchmarks allow you to show the difference between for instance the current month and the previous month as shown in the chart image below. Benchmarks are basically subtracting the value of one dimension from another. It can be used for Questions, Answers, Compare Filter, Time periods or across series. The dimension you want to benchmark can be placed between Axis and Legend. The image below shows the difference between January and December in brackets. 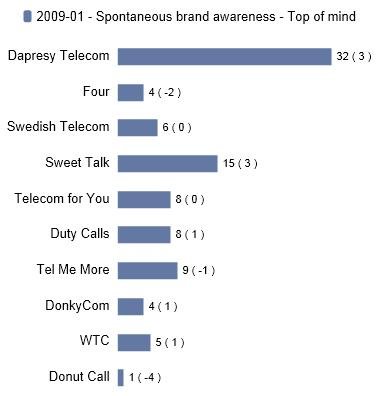 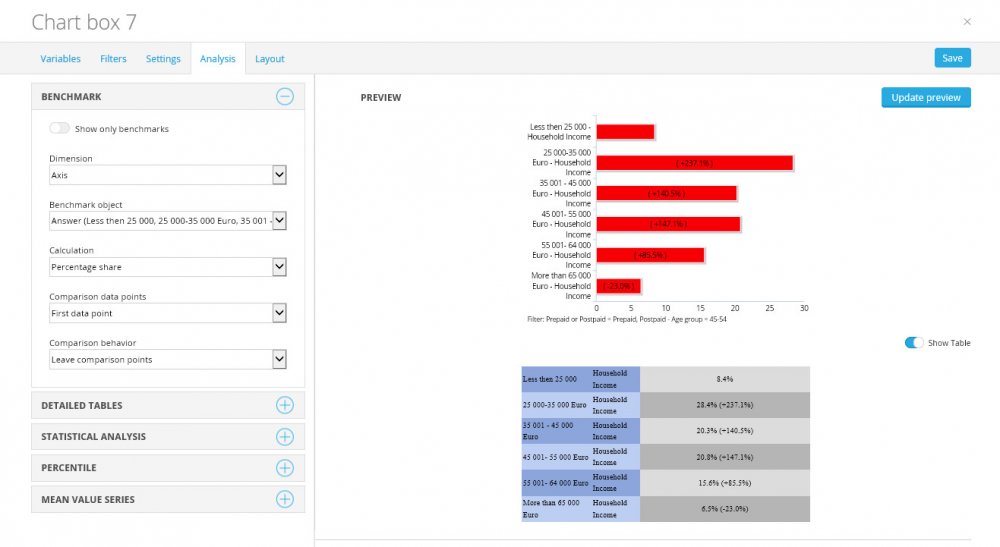