How to adjust the axis and text belonging to that?

The axis text can be added by using the options under Axis and Text menu. Here you can change the X and Y axis text as well as unit text shown on Suffix or Prefix as shown in the image below.

The example chart on the left shows the automatic behavior and the chart to the right shows a manually defined scale.

An option that enables you to show positive values with a + as a prefix (negative values are always shown with a – as a prefix in Dapresy Pro) is present under Axis and Text settings. You can use this option when a chart shows a “difference” between two values that has been calculated in a computed variable or imported via the data file. In these situations, the system typically does not show the result with a + since the system does not recognise the result as a difference between two values.

The example charts below display the difference between Sales and Budget that has been calculated in a Computed variable. In this case, it’s helpful to show a + as a prefix.

The setting is located in the Settings tab in the Axis and Text Panel, as shown in the image below. 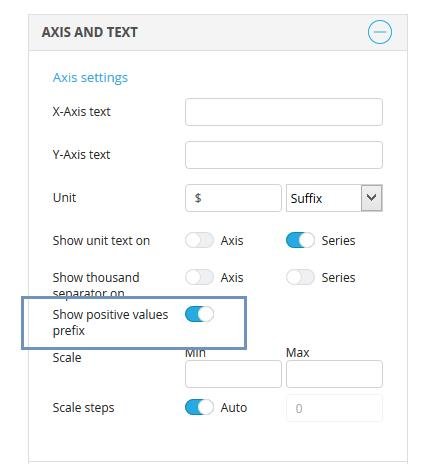 The options for showing different text information for your chart are grouped under section “Text Settings” as shown in the image below. Here you can control showing or hiding following text information by turning the on/off button: 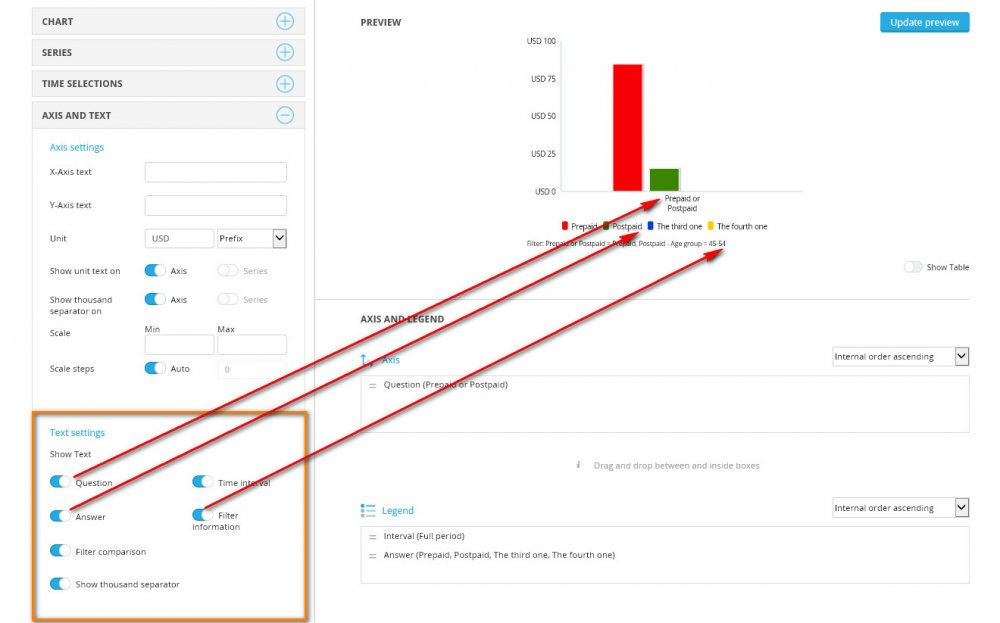 You have noticed that when you create charts and tables in the StoryTeller, the labels such as question texts and answer texts can be turned on/off. We have seen that this option is accessible in the Settings tab under the text panel. The labels can also be turned on/off in the Legend and Axis boxes, as shown below. An Enabled Eye icon means that the texts are shown, and a Disabled Eye means that the labels are not shown.