How can we warn for or hide low base sizes?

In StoryTeller charts the option for hiding results with low bases or warn when the base is too low in available under Series settings.

Below are example screenshots, as you see a text is shown in the bottom of the chart that either warns for a low base or explains that some results have been hidden due to a low base. Both Warn and Hide can be used at the same time, for instance results with a base less than 5 are hidden and result with a base between 5 and 10 are shown but with a warning for low base. The limits are freely defined during the setup and can be based on weighted or un-weighted respondent counts.

Example image 2; result with low base is hidden.

Both ‘Hide’ and ‘Warn’ can be used at the same time the Hide has the highest priority. So a series with a base 4 will be hidden if the limit for hiding is 5 and the limit for warn is 7.

The settings for hiding or warning for results (series) with a low base can be specified on the questions level or on custom on a chart level (not on a report level). In the setup the following selections must be done: The image below highlights the default text in the Project settings page. 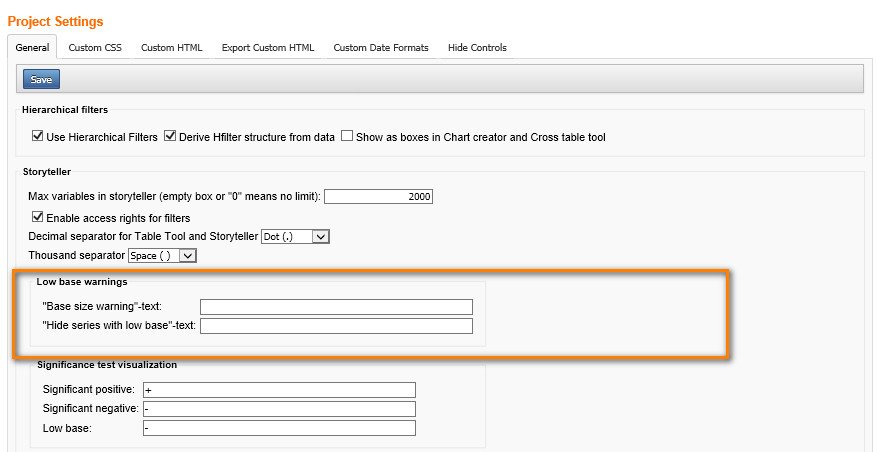 The settings for warning for low base sizes are done on a chart level too (not on a report level). In the setup the following selections must be done:

The image below shows the setup controls in the Settings Tab. 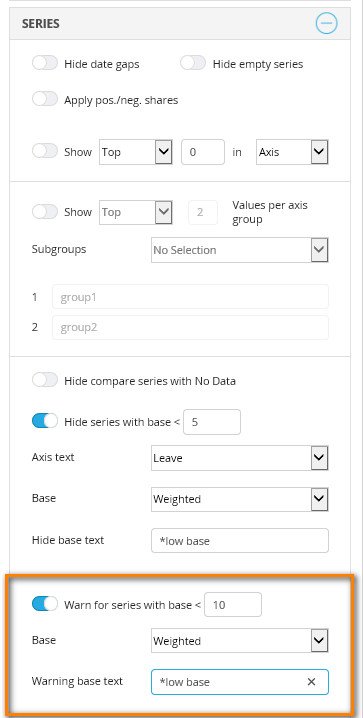 A default “Warn base text” can be defined in the Project settings page. The default text will be used in all new charts, unless it is edited in the chart setup.

The series with low base are indicated with an * in the charts as shown in the example images above. The * is shown in different positions depending on the content in the chart, the following logic is used:

Some example images of * position are shown below, the numbers refer to the list above. 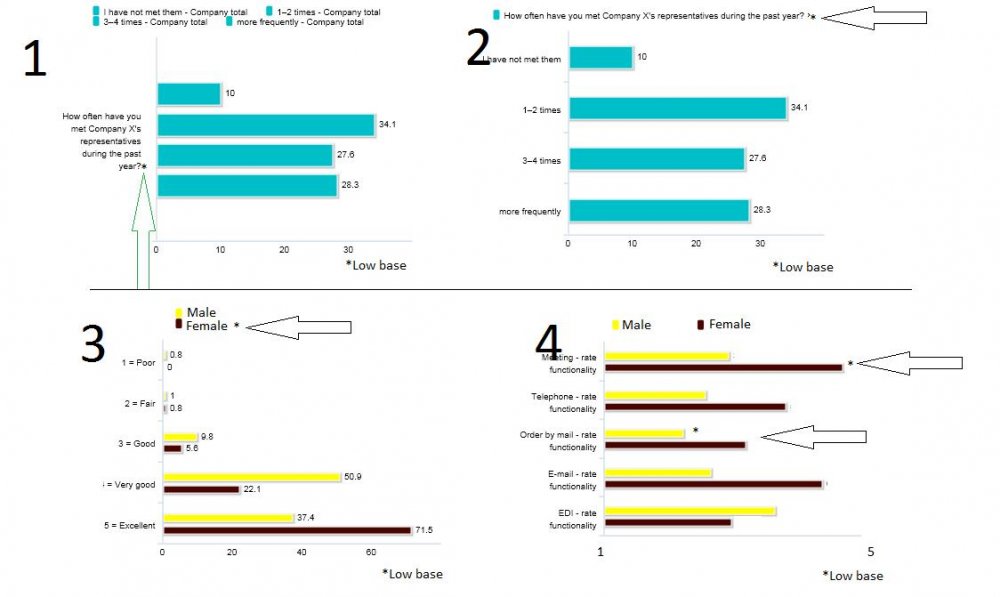 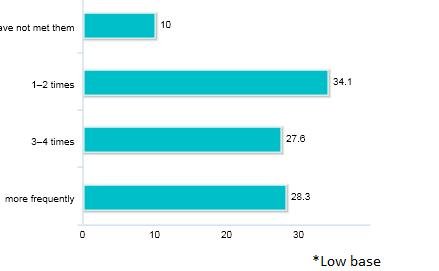