How to create a solid gauge chart? 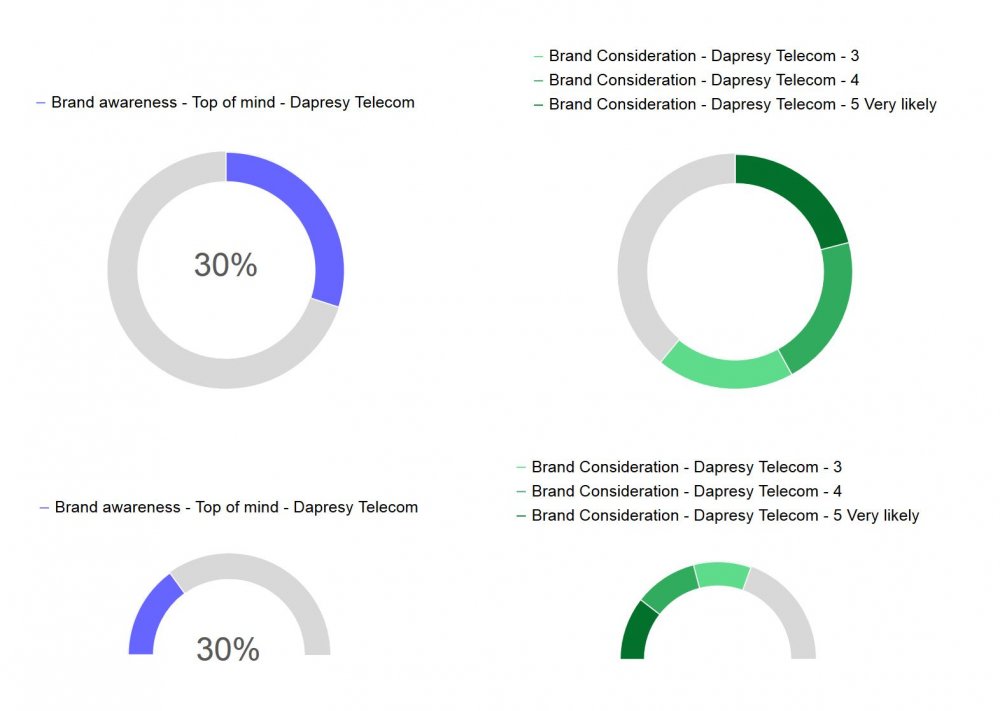 With the Solid Gauge, there are a few limitations when compared to a normal line/column chart.

How to create a solid gauge?

To create a Solid Gauge, select it from the ordinary chart selection list. Once you’ve selected the Solid Gauge, all items such as answers, questions, compare filters, time intervals, etc are automatically shown in the Legend. To define the shape of the Solid Gauge, select Gauge from the Layout tab, as shown in the image below. Use the ‘Start Angle’ and ‘End Angle’ to define the shape, from 0 to 360. You can see examples of different shapes in the second image below. The image below shows the special Gauge layout settings. 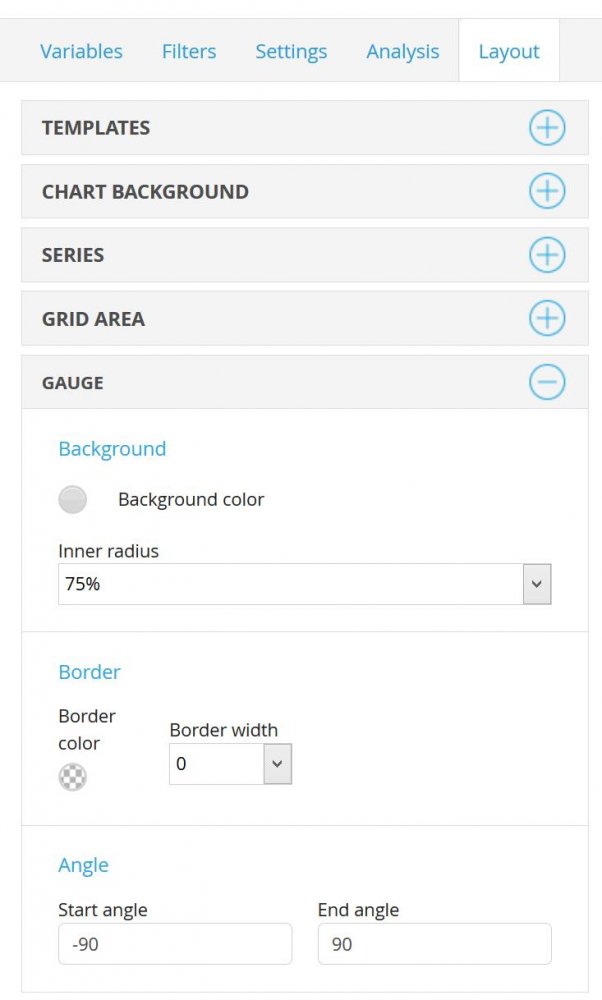 The charts below show a few different start and end angles. 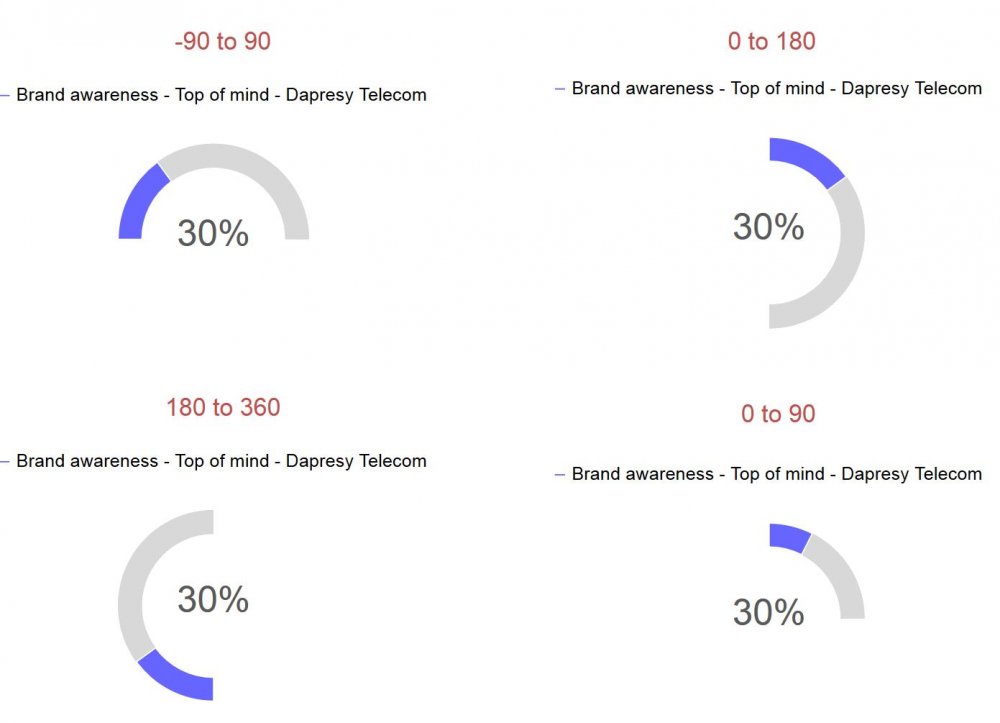 Use the “Inner Radius” setting to define the thickness of the chart (see the setting in the setup image above).The two charts below show different inner radius settings.

In all examples above, the default behavior of the Solid Gauge is to start from 0 (and go to the actual result. If you work with negative numbers and would like to have the chart started from a minimum for example negative value, this can be achieved by changing the Threshold value function (from 0 to a negative number), with this function you can set the start point to for example -100. Note: when creating a new gauge, the items are sorted clockwise and at the same time following the sorting in the legend. This logic is applied to newly created Solid gauges only, existing Solid gauges are still sorted as before.

Here we see two solid gauges; the right gauge shows the old sorting and the left the new sorting. As shown the items in the