How to change the donut/pie chart labels?

The setting is made in the Layout tab, in the Series panel in the Position drop-down list shown in the image below. 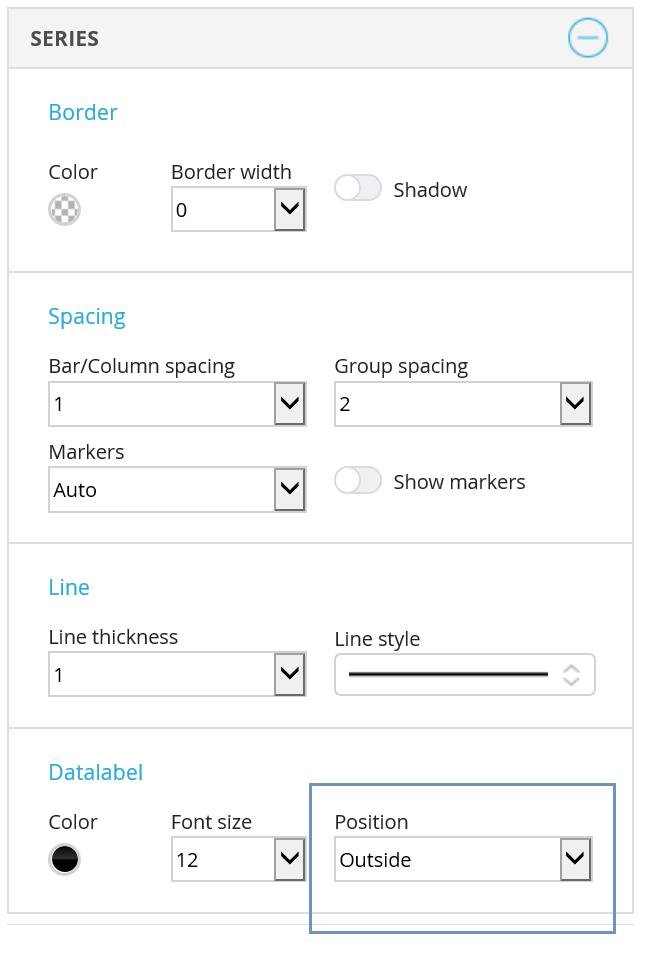 The options Outside or Inside appears only when Pie or Donut is selected, when for instance bar/column is selected does the list contains Bottom, Middle and Top

Note: When showing the legend text in the data label make sure the object box is big enough to show the texts so they not are being cut off.