How to set up a scatter/bubble chart? 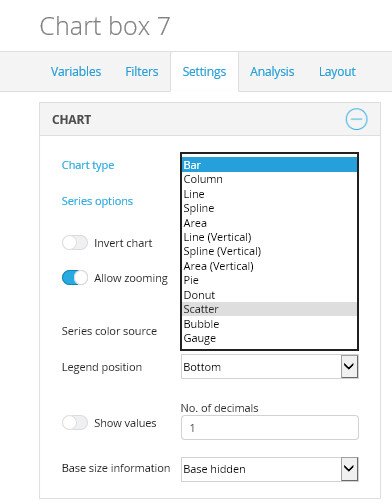 Here are some examples of these types of charts. In first example a top 2 box of brand familiarity (multiple questions) crossed with Awareness (single question and multiple answer alternatives) in a Scatter chart. The data point explanations are shown in the legend and circles used as symbols.

In the following chart it's the same example but the legend is shown in the chart. Square symbols are used for all brands except one.

In third example you'll see a bubble chart. The explanation text is shown in the legend and circles used as marks.

And the last example shows the same bubble chart, but squares are used as marks in the chart.

How to set up a scatter chart?

A scatter chart requires 2 data series in the chart, one for X and one for Y axis. The “Main series” in the chart acts as X axis and the “Sub series 1” acts as Y axis. So prior to adjusting settings you need to create two data series, the main which you probably already have and sub series, as shown in the image below. 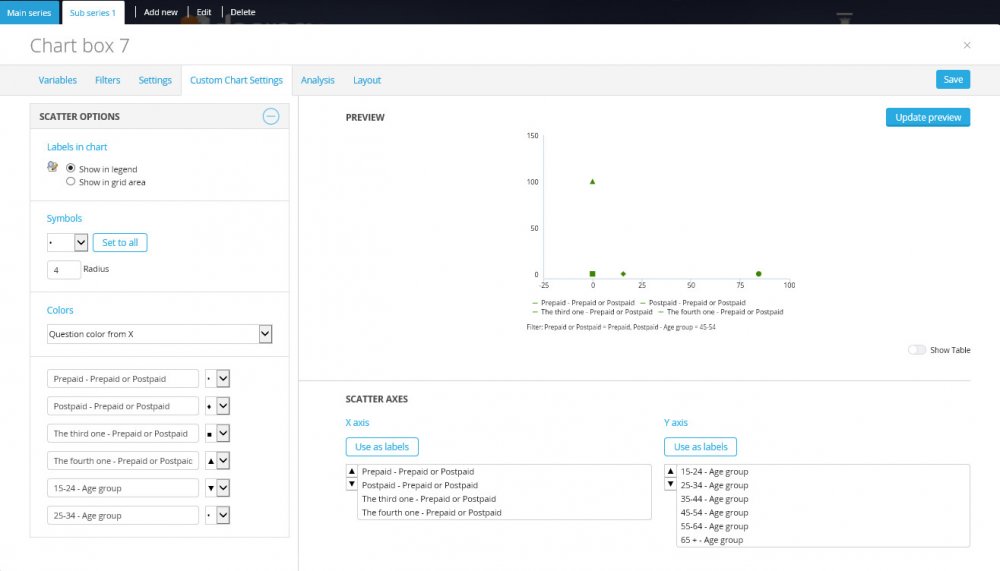 How to set up a bubble chart?

A Bubble chart requires a third series as well for the Z value. When selecting Scatter or Bubble in the chart setup a new Tab will be shown in the setup interface named “Custom chart settings”, see the image below. In this chart the mapping between variables is done as each variable in the X- axis must be mapped to a variable on the Y axis (and Z in the Bubble chart). The image shows the Custom chart settings Tab and the settings are described further down.

The image below highlights the mapping area. 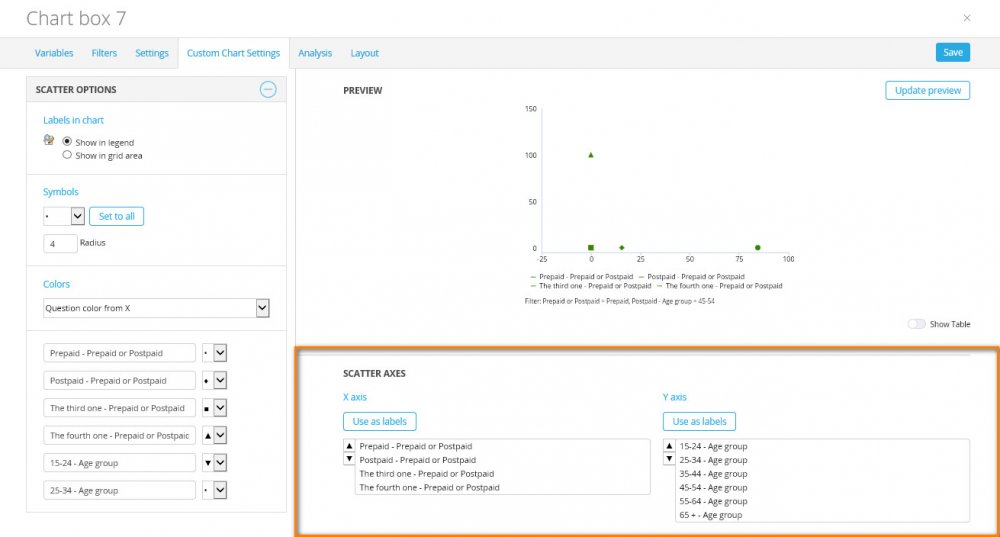 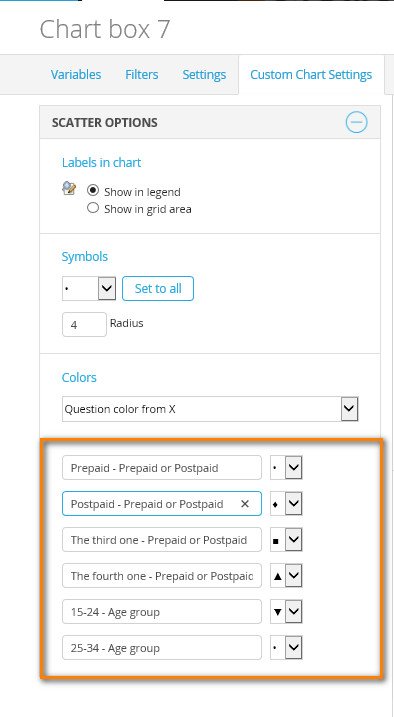 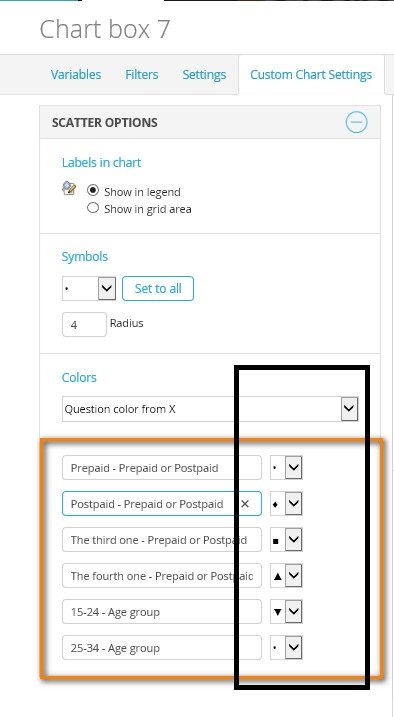 Colors can either be defined manually (per data point) or automatically be picked from the variables used in the X or Y (or Z) axis. To set the colors use the selection list shown in the image below. 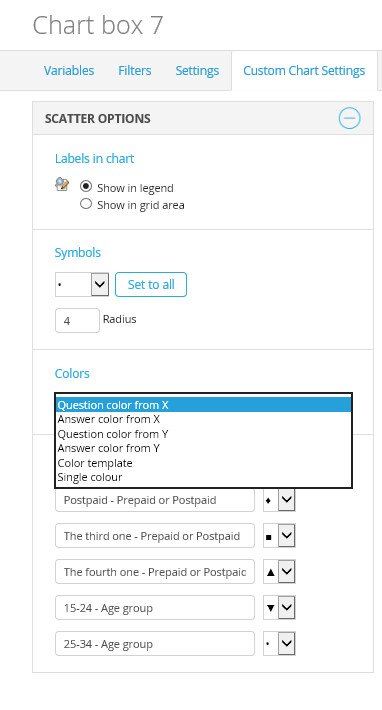 Scatter and bubble charts also support mean value lines on X and Y axis, colored quadrants, and coloring of series by quadrant belonging as shown in the examples below. In order to make the scatter/bubble charts easier to read, like for example partially transparent series colors and displaying a shorter version of series label in the grid area and full label in legend. A shorter version of series label can be displayed in the grid area and full label in legend. The short version can either be an alpha or numeric prefix or a custom short text defined manually.

To enable the option to display shorter version of series text in grid area and full in legend, the following option needs to be selected. Data label position can be defined vertically and horizontally. It is recommended to display the data label centered, which is default position in all newly created scatter and bubble charts, but if data points size is small it might look better to not center the data points as shown in the example below.

To the left we see old logic, where data labels  always displayed top-right. In the middle we see new default logic where data labels are centered. The chart to the most right has data labels positioned top-centered which is recommended if data points are small.

To adjust setting for defining vertical and horizontal position of the data points use the following settings menu. The data point position is centered by default in newly created charts and top-right in existing charts. Scatter and bubble charts are supported, mean value lines on X and Y axis and colored background quadrants which are based on the data points in the chart.

The style of the line is defined during setup of the chart. Here is an example of quadrants also defined in the setup of the chart. The data points in scatter and bubble charts can now be colored by quadrant belong and be combined with the new mean lines and colored background quadrants as shown in the examples below.

Option to color the data points by quadrant belonging Note: Scatter and Bubble Charts do not support the following features: