How to test a Mean Value Against a Norm/Population Value?

The following input values are used in the formula:

Note: The base size, the standard error, and the standard deviation are based on weighted values if the test value (x) is weighted.

Follow these 3 steps to run the Population/Norm test:
1.    Select “Norm/Population test” in Type drop-down list (shown in the image below).

Since the Norm/Population test can only be applied between series, this means it can only be setup in the Main series. 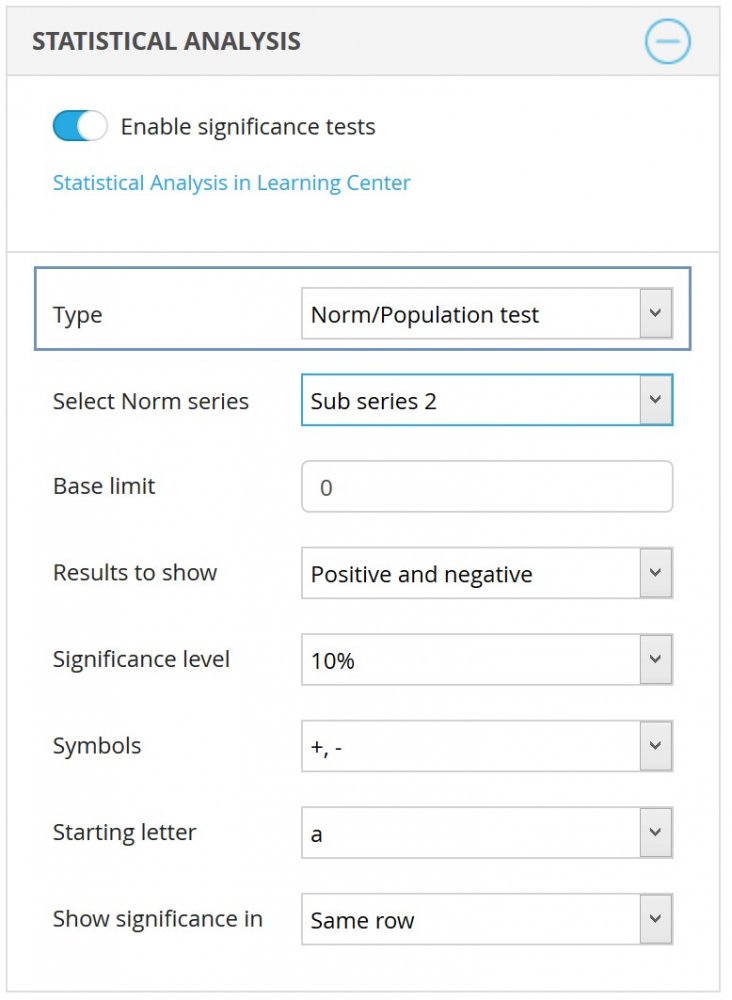 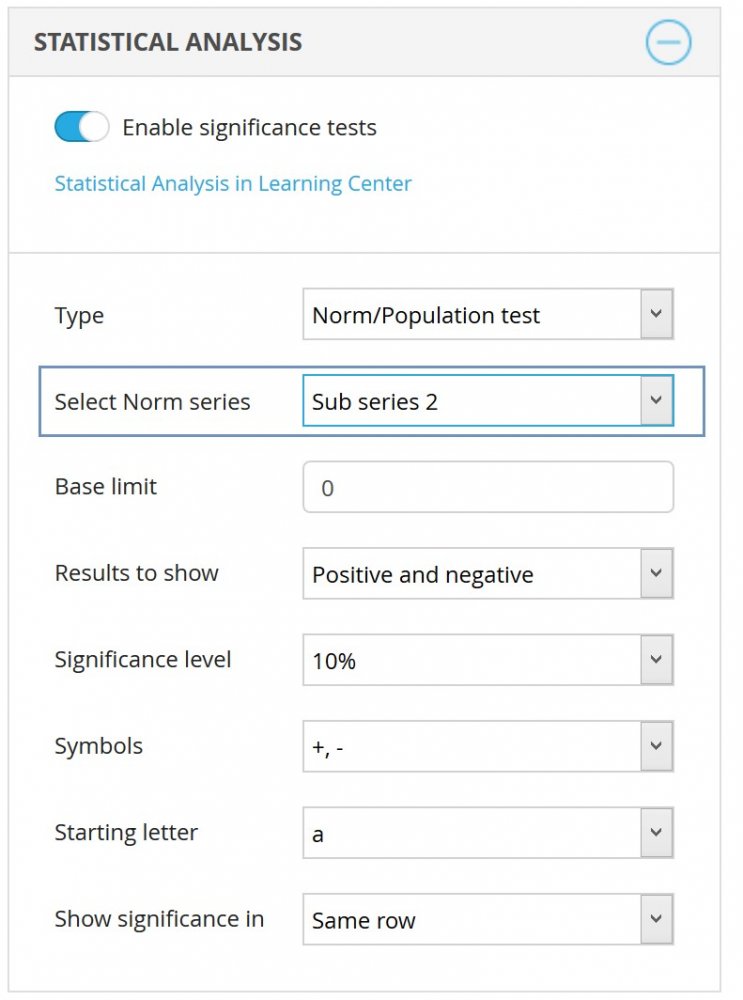 3.    The rest of the settings are applied just like a regular Two independent sample Z-test

If any base limit is defined (see image below), then it is only applied to the non-Norm/Population series. This is because the Norm/Population values usually only have one respondent in the base size as it is aggregated result calculated outside Dapresy Pro.

The image below highlights the base size settings. This setting is not applied to the series defined as the Norm/Population series. 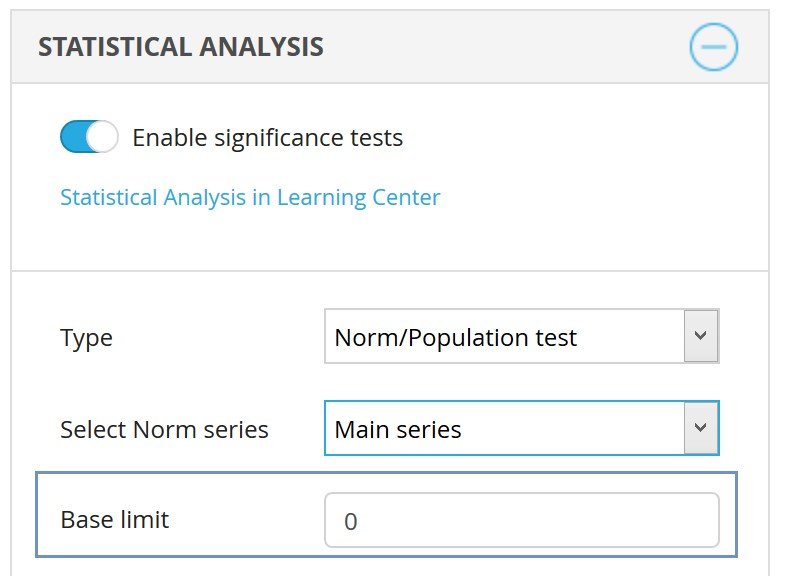