How to set up a form?

To create a ‘Form’, go to the Portal Tabs button and choose ‘Form’ in the drop down list. Give the form a name & click save.

Launch the Design/Preview reports to configure your ‘Form’ portal tab. The ‘Form’ portal tab has the same layout and styling functions of a StoryTeller portal tab. This allows for a customized form and a familiar interface. Once you are in your new Form portal tab you can easily add your input variables buy clicking on Data Field.

Once you add your new field, you can edit the element to define your input variable. Select one of the newly created input variables, and choose to show or not show the Variable text. If you have the need to style your variable text choose to NOT show it. You can then use a separate text box to label your Data Field and style as needed.

The text size, Font and Text colour are possible to define both for the header text and the content (see image below). 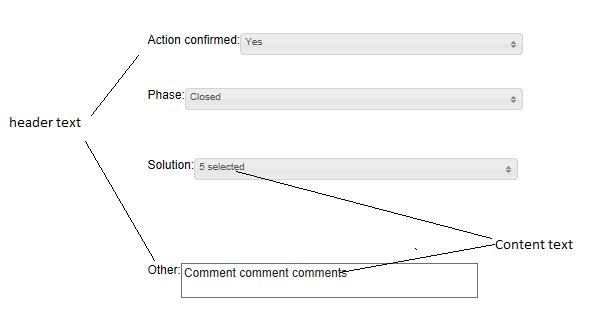 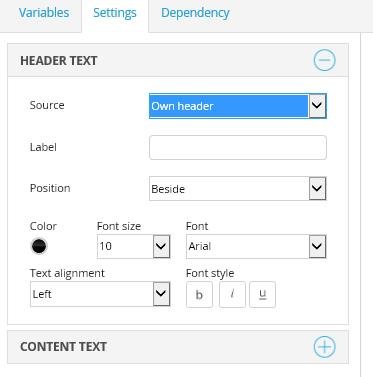 In addition you can also change Content text formatting as shown on the image below: 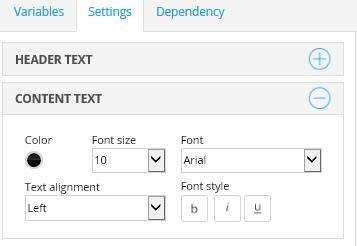 The image below shows the “Selection Type” panel when a Categorical Single choice variable is selected in the Variable tab.

The image below shows the “Selection Type” panel when a Categorical Multiple choice variable is selected in the Variable tab.

The image below shows the “Selection Type” panel when a Numeric variable is selected in the Variable tab. As shown, the user can select between an input field or drop down list. If a drop down list is chosen, the range and steps must be defined. In the example below, the drop down list will show 0, 1,2,3,4…98, 99,100 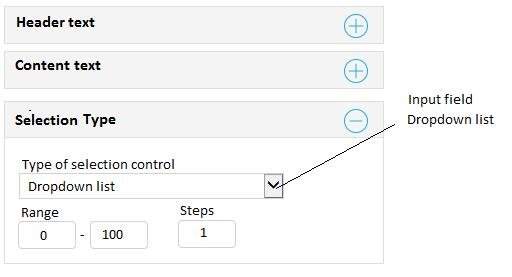 Respondent table in a form

Support for using Respondent data tables in Forms makes the setup of a Form faster and also easier to get an aligned layout as you work with less number of objects. Also, it is better from a performance perspective to use one respondent Data table instead of many Data Fields as it is faster to load a Form with less objects.

Another positive effect of using the Respondent Data table instead of the Data Fields is the support of coloring/styling values by using the formatting rules functionality which is not available in the Data objects. As an example, a very low Recommendation score can be automatically colored red to give it more impact.

Here we see an example where the Respondent Data table object has been used in a Form. Cell formatting is used to color the Recommendation score and as shown the user can open a second Form report to view even more information about the respondent. Note: Form reports, mostly used in the closed loop process in CX projects, are not appearing in pages for setting access rights to Report users as the access to Form. The users always get access to the Form if the user he/she had access to the StoryTeller linking to it.