How to group objects?

The positioning functions Distribute, Arrange and Align can be applied to both Groups and individual objects. This makes it easier and more efficient to position the Groups in StoryTeller and StoryCreator type of dashboard/report. Below you see an example of 3 Groups, these can now easily be aligned and distributed vertically to get the layout shown in the second image below. 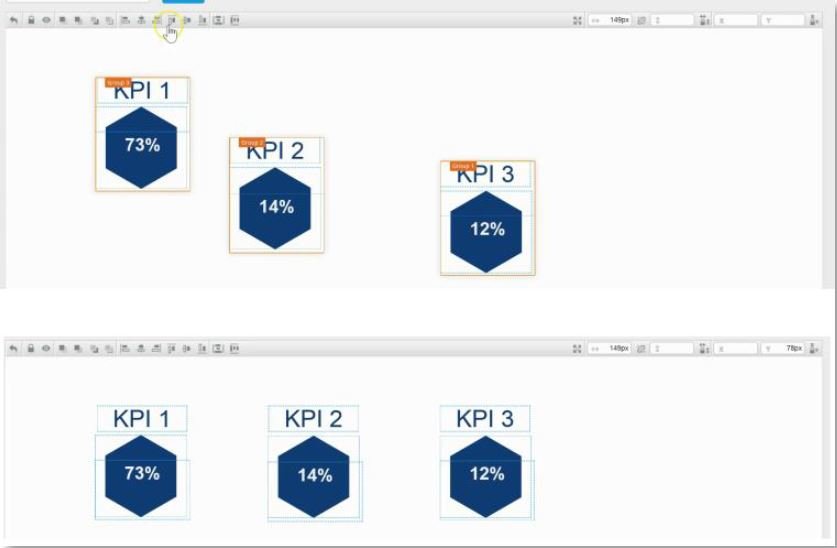 A Group function enables grouping of multiple objects. The logic is similar to that used in PowerPoint, and this increases the usability of the setup. By grouping, multiple objects the setup and the maintenance of reports is much more efficient.
Some benefits of using groups:

The image below shows a typical example where all objects can be Grouped together for easier maintenance. 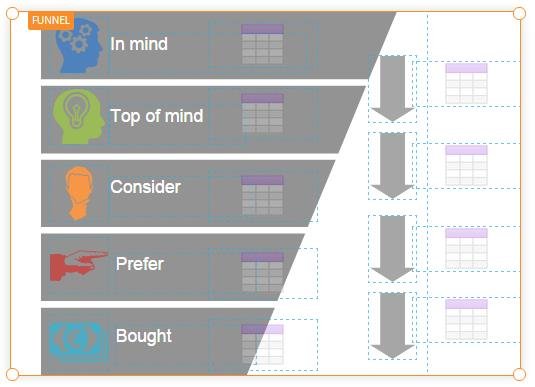 If the “Group” option does not appear in step 3 above, you have either selected only one object or you have selected an object that already belongs to another group. To ungroup the objects, again select the Group element, right-click to get the context menu, then click “Ungroup.”

For easier maintenance, you can name the groups as shown in the example image below – the Group is named “NPS icons.” To name a group, just open the context menu and select “Rename Group.”

By default, you cannot move or change the size of a single object in the Group. The position and size can only be changed for the whole group. If you need to edit one of the ingoing objects, use the option shown in the image below named “Unlock objects size and position.” 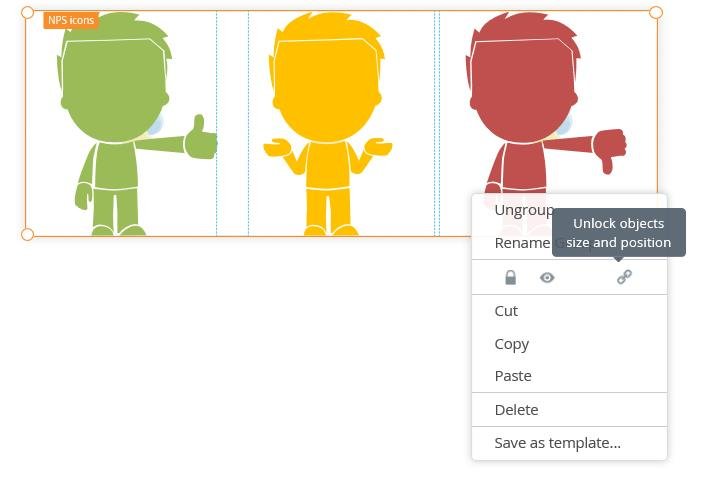