How to move objects?

The context menu of the StoryTeller objects contains several objects that enable precise positioning and adjustment of objects. This allows you to enter the exact size and position of the object (rather than using drag and drop), allowing you to quickly achieve the desired layout and also align objects between different pages, etc. The options for setting the size and position are in the context menu, as seen in the image below. 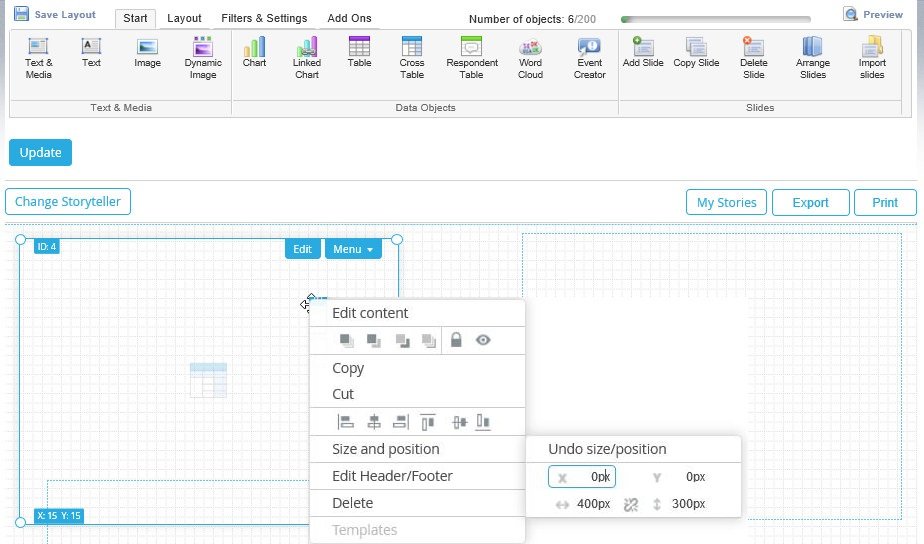 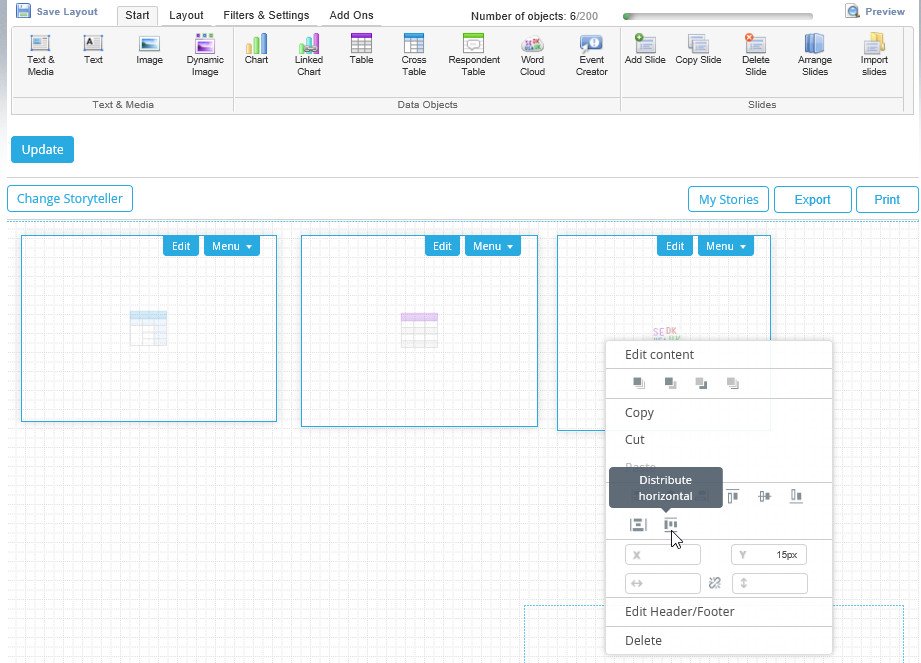 When using the Positioning settings the menu now remains open when you click an option. This makes it very easy to centre an object in the middle of the page by adjusting its height and width.

The option is located in the context menu when three or more objects have been selected. Below is an example of how to use this in order to get an equal distance between three objects. The image below shows how it looks before the objects are distributed evenly horizontally and the next image after the option distribute horizontally is applied. 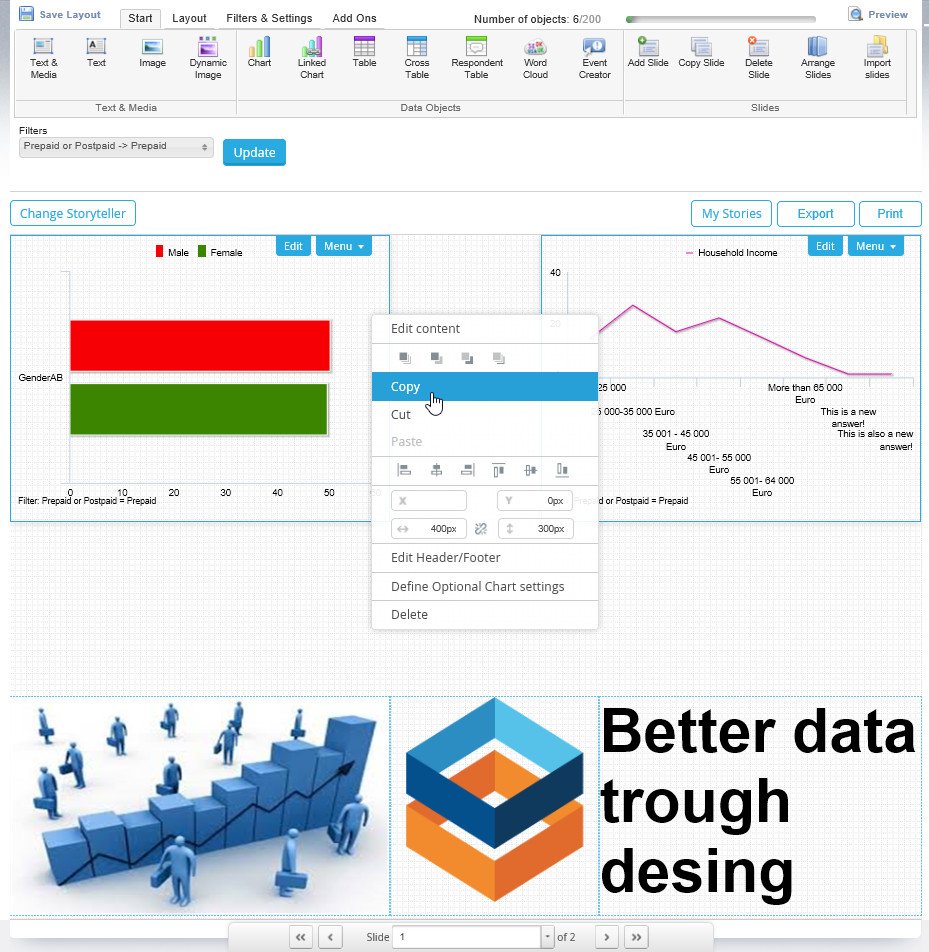 When you copied and pasted objects the new copies of an object are set as default so that they can be moved around immediately after being pasted.

When making a copy/paste you can select to paste the object(s) in a certain position by selecting the option “Paste here” instead of “Paste”. This improvement makes it easier particularly to work in very long slides as you do not need to drag a pasted object to get it into the right position.

Here we see the new “Paste here” option in the context menu appearing on right click.