Introduction to charts and tables in StoryTeller

The data objects in StoryTeller consist of Chart and Tables which are components that you add to your dashboard. We call them Data Objects since as we process Charts and Tables they interact with the data we loaded into our projects. As shown in the image below you will find these objects in the middle section of StoryTeller header.

Many of the reports that you will be creating may exceed the maximum number of objects per report, stated in the acceptance use policy document (AUP), which is 200. More objects require longer loading times and the end user experience is not always sufficient.

To guide you during the setup an “object counter” is shown in the top of the page which shows the number of used objects. As stated in the AUP document Dapresy strongly advises to use less than 200 objects per report. When more objects are required, the report should be split up into several reports (pages). The image below shows the new Object counter in the top right corner. 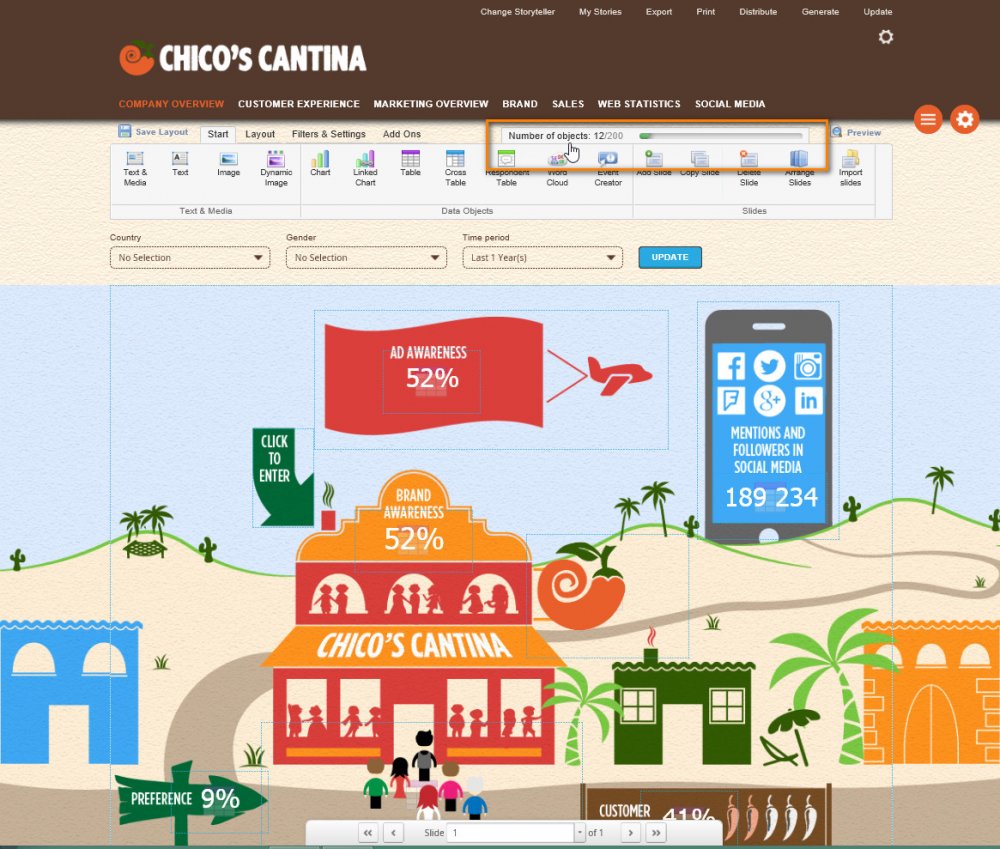