How to add different images based on results (dynamic images)?

Dynamic Image module makes it possible to connect external images such as photos or concepts to variables in the questionnaire or to hierarchical units in for instance a Mystery Shopping survey. Depending on the selected filters in a StoryTeller dashboard, not only the results will change but also the externally uploaded images (see how to set up the dynamic image module). 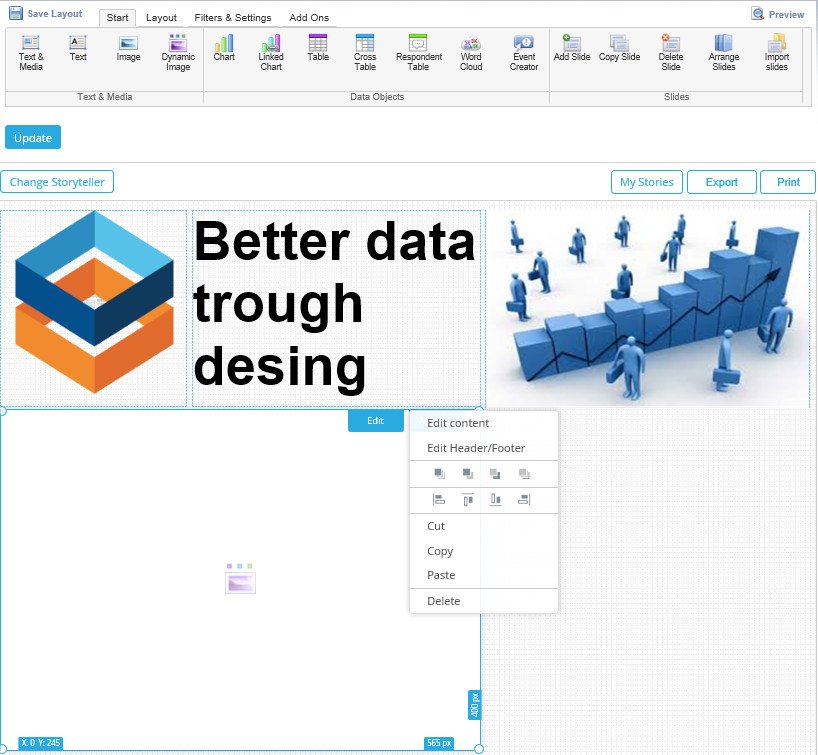 The module is built for handling a process with thousands of images that automatically can be connected to different variables and time periods and to support an automated update process in ongoing projects. Due to that the process is complex.

The below an explanation of the main logic: