What are the differences in recoding rules per variable type?

You already completed the data import and learned the steps how to recode your data. Now here are the detailed on how to recode different types of variables, Categorical, Numeric and String.

To create a rule for categorical variables, follow these 4 steps: 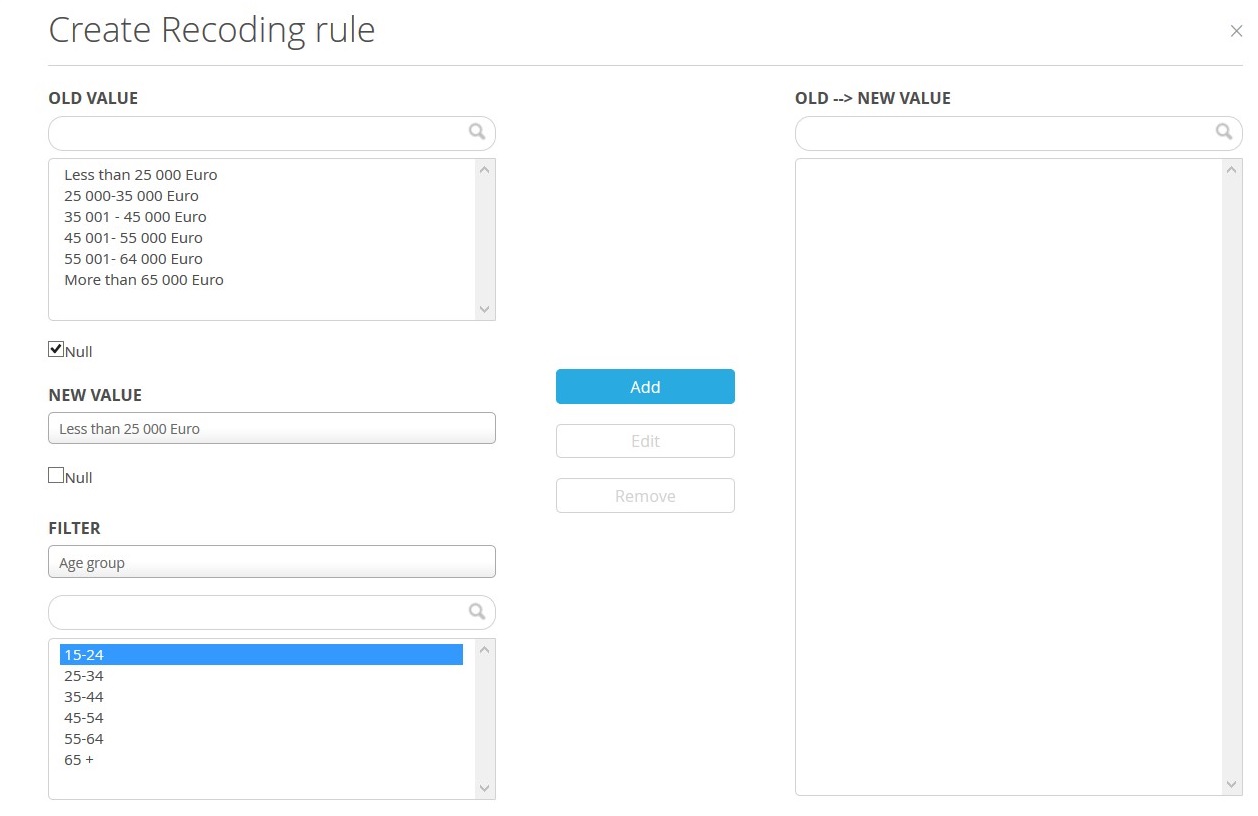 The process for Recoding Numeric Variables is the same as in the case of recoding Categorical variables. Follow the same 4 steps. When recoding numeric variables, it’s important to remember 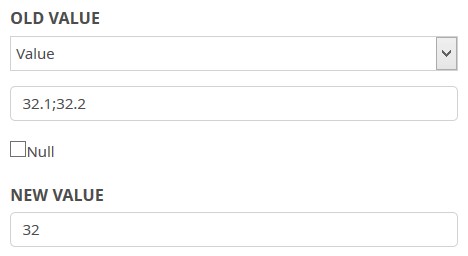 The process for Recoding Open Ended Variables is the same as in case of recoding Categorical variables. Follow the same 4 steps. When recoding data in an open-ended variable, the defined part of the string is recoded and not the whole string. Below are examples:

Multiple strings must be separated by a semi-colon (;).

It is possible to recode a complete string to a new value too. This is useful in for example a client satisfaction survey where some clients wants to be anonymous, in those cases variables like for example client name, email address, phone number etc. can either be cleaned or recoded to for example “anonymous”.

The improvement supports also the use case of having to clean personal information for a specific user only by combination these improvements with the new ability to filter a recoding rule by respondent id.

An option named “All values excluding Null values” is available in the Old value section as shown below. When the option is ticked all the values will be recoded to the new value. If you also need to recode all missing values to the new value tick both the “Null (missing values)” and the new “All values excluding Null values”. Here we see an example where the email address of all the anonymous respondents will be recoded to “Anonymous client” which means that the email address of these respondents never will be displayed any report, instead the text Anonymous client is displayed.